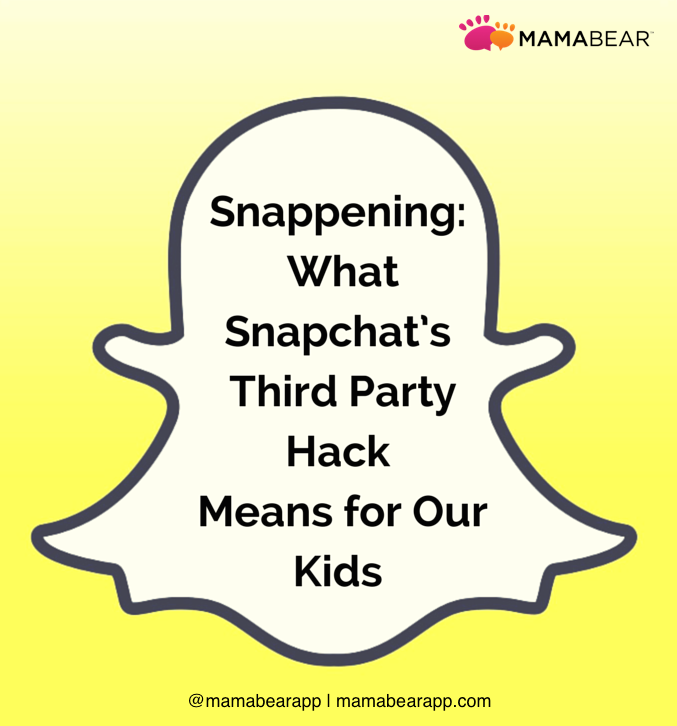 In the wake of celebrity iCloud security breaches came another digital information privacy hack. Only this time it’s not celebrity information that was shared with strangers online; it was our children’s.

In mid-October, The Pirate Bay posted almost 98,000 files that included 13GB of photos and videos originally sent through the social media app Snapchat, according to Mashable.

Social media journalists called the leak the “Snappening,” and as parents, we need to be familiar with what this privacy leak means for our children.

What Information Was Released?

Over half of Snapchat’s users are between the ages of 13 and 17, which means the hacked content was generated primarily by children.

Snapchat’s users often send and receive private photos and videos via the social media app. They feel safe sharing private information through the app because it is designed to delete information after a certain amount of time or alert the user that the image has been saved (if another user captures the image via screenshot).

How Did the Information Get Out?

Snapchat’s servers were not hacked, and the images and videos were not taken out of their database. They were access through a third-party site called Snapsaved.com.

Snapsaved allowed users to save and access their snaps online, which goes against the main principle of Snapchat’s program. On Snapsaved, images and videos can be saved without the sender’s knowledge, also unlike Snapchat’s app.

The third party app has since taken down its site and released the following statement via their Facebook page, “As soon as we discovered the breach in our systems, we immediately deleted the entire website and the database associated with it. As far as we can tell, the breach has effected [sic] 500MB of images, and 0 personal information from the database.”

So What Does This Mean for Our Kids?

There have been mixed reports about whether or not the leaked content included illicit images of children. But the big message here is that this should be a warning.

Kids need to understand that the information they share online is not as private as they think. Even when shared on sites that seem secure, information may still be leaked. Before they capture, send, or share an image, our kids need to consider the possibility that the image may be shared without their consent. They should always think before posting anything personal or reputation damaging.

Hackers are out to prove that they can access information that is off limits, and they don’t care if the information is from celebrities, ordinary people, or our children.

As parents, it is our job to teach our children about the danger of oversharing on social sites and to monitor the way our children are using those sites. Learn how MamaBear Family Safety App can you help connect with your kids on their social media accounts.