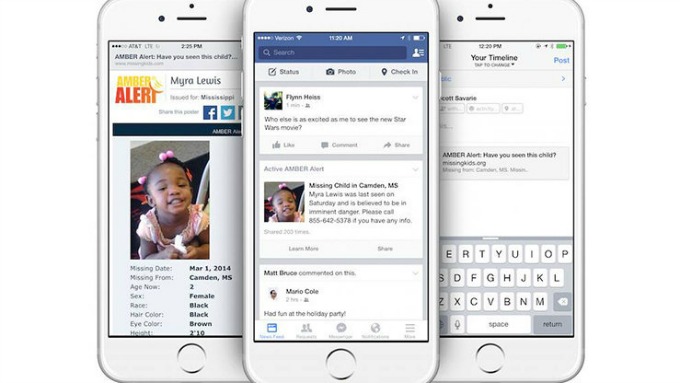 To those around him, Jaylen Ray Fryberg seemed like a normal high school freshman. He was well liked and happy, played on the football team and had recently been crowned Homecoming Prince. Around family, friends and classmates, Fryberg gave off the impression that he was a typical, upbeat teen.

That’s why those who knew him were shocked to learn that Fryberg entered his high school cafeteria and opened fire on his classmates, killing one before taking his own life. That was not the Fryberg they knew.

But only after the tragic events of his death was another side of Fryberg revealed — through his Twitter account. The happy, friendly disposition that Fryberg gave off during in-person contact was starkly different than the way he appeared on Twitter. In the weeks leading up to the shooting, Fryberg’s Twitter feed was filled with disturbing updates where he openly expressed anger, sadness and aggression.

While his page was filled with updates that clearly indicated the teenager was going through something really troubling, no one realized this until it was too late. Fryberg’s tragedy reminds us just how important it is for parents to connect with their children in their social media worlds in order to see all sides and spot problems early on.

As parents, we need to realize that how our kids act in front of us may not tell their full story. We need to keep our eyes open to underlying issues and use social media as a window into what our kids are really thinking and feeling.

It’s easy to set up multiple usernames on the same social media platform. So be mindful of this when reviewing your child’s account. If you notice that they are not active on the account you know about, ask them if they are using another. Pay attention to their friends and notice if they are tagging or communicating with your child at another username.

Check the Direct Messages To and From Your Child

Not all social media is public. Remember to check private messages that your child is sending and receiving. Look for communication that could be hurtful to both parties. Stopping your child from sending hurtful messages to other children is also part of your job in protecting your child from dangerous situations.

Related: Social Media, Bully and What You Can Do to Help

As a parent, you should connect to all of your child’s social media accounts and regularly monitor how they are using those sites. You can use a platform like MamaBear Family Safety App which to receive notifications when they get new followers and friends, easily view photos uploaded and set alerts for certain language and phrases.

It is our job as parents to know what is going on in our children’s lives offline and online. So don’t look the other way when it comes to social media and connect with your child now using a social media monitoring platform like MamaBear App which is available for both iPhones and Androids. 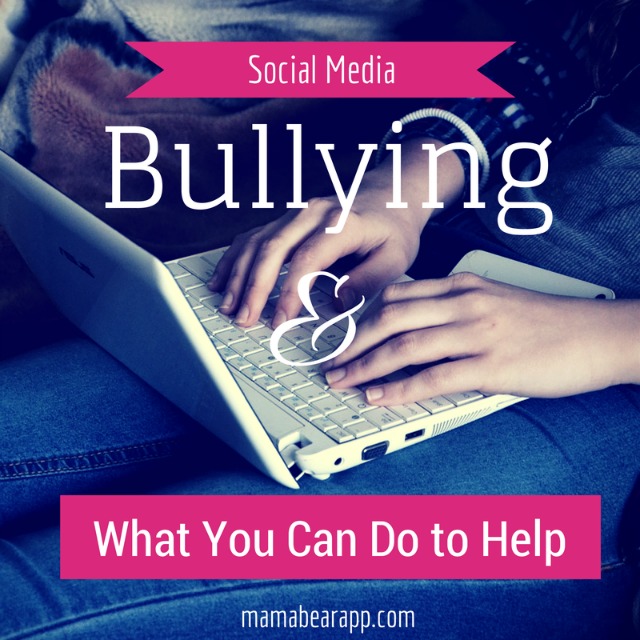 Statistics from DoSomething.org show that nearly 43% of kids have been bullied online and another 70% have seen bullying online. But with only one out of ten victims reporting this type of abuse to an adult, cyberbullying isn’t always an easy problem for parents to identify.

Parents must be proactive and prepared to protect their children from social media bullying.

Keep an Eye on What’s Going On

The best way to know what’s going on in your child’s social world is to see it for yourself.

If you happen to find an indication of bullying on your child’s social sites, make sure to save the evidence.

Many online sites make it easy to take down messages, so be sure to capture proof while you still can. This evidence might be vital in filing a complaint, so take a screenshot that includes the date and username of the bully.

Block and Report the Bully

Talk to your child about what happened. Discuss that bullying isn’t acceptable and reassure them that you are there to listen and answer any of their questions about the situation.

By planning ahead and properly addressing the problem, you are teaching your child how to protect themselves in the future. But as a parent it’s up to you to be proactive and make sure they stick to the plan.

Download the MamaBear Family Safety app, available for iPhones and Androids, to connect with your child’s social media accounts and ensure that they are engaging in a safe and healthy social media environment.

Why Spying is Not the Same as Monitoring

There has been a good deal of media buzz lately surrounding new questions about social media monitoring in our nation’s schools. More and more K-12 schools are monitoring their students’ social media behavior as a way to curb rising rates of cyberbullying and the unfortunate tween and teen suicides that often result from extreme cases of online bullying.

For example, according to a recent article on NPR.org, the Glendale Unified School District is spending $40,000 to have a third party company monitor social media use among its students. “School officials want to know if the kids are posting suicidal thoughts, obscenities or comments intended to bully fellow students,” the article states.

In the article, Justin Patchin of the Cyberbullying Research Center questions new school programs that monitor students’ social media behavior, unbeknownst to them, as a way to stop cyberbullying and other dangerous behaviors before they start. Patchin said he doesn’t recommend schools spying – monitoring kids without their knowledge — “because they’ll find something they have to confront their kids about,” he told NPR, “and is your kid ever going to trust you again?'”

Another article at DigitalTrends.com addresses a similar sentiment: “The Internet is full of nightmares for parents and educators worried about safety,” the article says. “And it probably always will be. But does that make it appropriate for a school district to hire professional social media snoops to digitally tail their students’ moves online?”

While the issue of monitoring can be complex, the team at MamaBear Family Safety App ultimately commends the Glendale Unified School District and other school districts nationwide for being proactive in dealing with a very real, very concerning threat to kids’ safety: cyberbullying. While ultimately monitoring is first and foremost a parent’s responsibility, the district can be a good role model by demonstrating to parents the importance of monitoring social media, and their intentions to protect children are good.

However, parents shouldn’t be complacent by thinking that schools alone should be paying attention to students’ online behavior. Parents must do their part by monitoring their children’s online behavior for signs of cyberbullying and self-destructive behaviors with a family safety app like MamaBear.

There is a clear difference between spying and monitoring.

Spying is secretive. It happens without a person’s knowledge. It’s a dirty trick, a way to gather information behind someone’s back.

Using a family safety app like MamaBear provides a way to monitor a child’s behavior. Monitoring, unlike spying, happens with the child’s knowledge and opportunity for more relevant communication.

Keep it Out in the Open

Our recommendation is to not put a monitoring app on your child’s phone without their knowledge or benefit to them. It’s not a good idea to spy or snoop on a child’s phone, just as it’s not a good idea to put a secret video camera in their bedrooms or read their diaries. Instead, openly monitor and talk to your child about why you’re monitoring his or her location and social media behavior.

There are good reasons to use a family safety app like MamaBear, and those reasons can be shared with your children. In many cases, parents don’t trust predators and bullies, and being alerted to the suspicious behavior of others can help you warn them about the consequences their behavior may indicate.

Ultimately, monitoring – whether by schools or by parents — is about safety. While some children might not like the idea of being monitored, others take comfort in knowing that someone has his or her back if something like cyberbullying or interaction with an online predator puts them at risk.

The MamaBear app helps parents around the world worry less about their children. Download the app today for iPhone devices here and Android devices here.